At 12 years old, Jerome Caruso discovered his career when a friend of his father introduced him to industrial design, and he heard about a General Motors contest for futuristic car concepts. “I worked in the basement every day after school for months,” Caruso remembers, “developing a clay model for the car, transferring the design to a block of wood and carving it out by hand. That was when I realised what I wanted to do – especially after winning an award.”

Caruso refined his design sensibilities in Europe in the 1960s. While a graduate student at the University of Copenhagen, he also worked at the city’s premier design office. “There was a sensitive approach to European design that made an indelible impression on me,” he recalls.

Deciding to go it alone, he lined up projects in Scandinavia; at age 26 he opened a practice in Brussels with clients in Belgium, England, France and Germany. Later he returned to the US and again established a one-man studio. His diverse projects ranged from spearheading Motorola’s entry into the manufacture of LCD watch modules to designing and engineering the first completely machine-produced stack chair for the US contract market (now in the American Arts collection at the Chicago Art Institute).

"The bigger the challenge, the more fun it is to work out the solution." 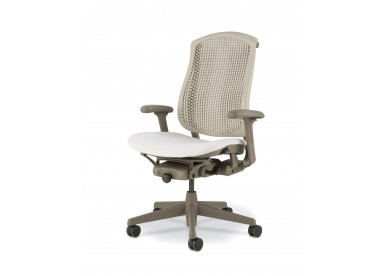 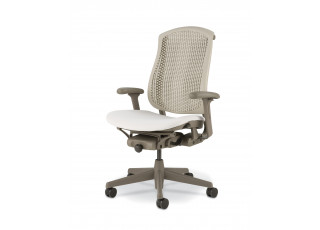 Caruso is most noted as Sub-Zero’s first and only designer for more than 20 years, responsible for their entire line of sophisticated refrigeration icons and industry-leading firsts, including wine storage units. He invented Sub-Zero’s revolutionary drawer-and-cabinet system, named one of the 10 best products of 1995 by Time magazine. For the 2002 début of Wolf, Sub-Zero’s corporate companion, he designed 25 new cooking appliances within 18 months.

With more than 75 design patents to his credit, Caruso takes a hands-on approach and enjoys doing it all – concepts, drawings, prototypes and engineering. “The bigger the challenge, the more fun it is to work out the solution,” he says. He’s especially intrigued with chairs, and vividly recalls the challenge of Herman Miller’s high-performance, award-winning Reaction chair, which he designed with his son, Steven.

But Herman Miller’s Celle chair, he smiles, was the “Mt Everest of fun. At the beginning, I imagined a highly engineered, ‘intelligent’ surface that could be the ultimate in seating comfort. I envisioned hundreds of tiny ‘cells’, each one consisting of a pad with spring-like loops that would both support and respond to different anatomical areas. “And after years of development and experimentation, the Celle chair closely follows that original concept.

Today, from his spacious, sky-lit studio in Lake Forest, Illinois, Caruso continues to enjoy the design process as much as he did when he first discovered it as a boy. “My goal has always been to bring function and art together in products that perform superbly and look great,” he says.